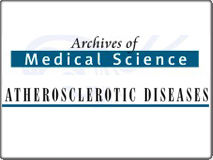 The aim of the present study is to assess the association of simple anthropometric indices such as BMI and WHR with FM in a real-life sample of HF patients and to compare these established indices with some of the most commonly employed, non-invasive methods of BC assessment

Body density was determined by ADP in a seated position with subjects dressed in minimal clothes, and their hair covered with a swimming cap (BodPod GS)

The study conclusions confirm that "detailed BC assessments in a HF population are of significant value for the clinical setting, as the data depth of common anthropometric surrogates such as BMI and WHR is limited in these patients. Especially in comparison to these established anthropometric indices, body density appears to be a useful surrogate for FM. ADP was found to be capable of estimating FM (%) and convincing for FFM [kg] in HF patients".

The scientific article can be freely downloaded at the following link: click here