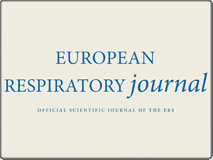 The role of spirometry and forced oscillation technique (FOT) in asthmatic young patients has been investigated in a study published on the European Respiratory Journal.

Spirometry is the most common pulmonary function test used in asthma diagnosing. However, it requires good patient co-operation. FOT has gained increasing attention for the measurement of pulmonary function in children because it is performed at steady state breathing.

The results of this study confirm that "FOT may discriminate intermittent and persistent asthmatics, so it could be used in patients who are not able to perform spirometry".

The study can be reviewed at the following link: click here