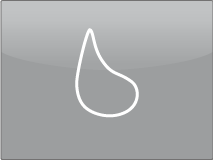 The aim of the Task Force was to derive continuous prediction equations and their lower limits of normal for spirometric indices, which are applicable globally. As the Task Force explains "Until recently it was not possible to satisfactorily describe the age-related growth and decline of lung function with age. As a result a piece-meal approach was adopted, which entailed deriving prediction equations for a limited age range. Inevitably they connected poorly at the transition from one to the next age. Also the modelling usually left something to be desired because skewness and age-related scatter were not properly addressed."

The GLI reference values are the first global multi-ethnic reference equations for spirometry that span all-ages and it represents a significant breakthrough in spirometry. All portable spirometers from COSMED (microQuark, Pony FX, Spiropalm) are equipped with the new software Omnia that includes the latest GLI predicteds. Omnia software complies also to other Global Lung Initiative guidelines including the measurement of Z Score, the use of pictograms, quality control and no use of extrapolation.

The scientific article can be downloaded at the following link: click here