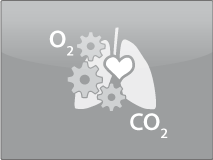 A French study examined the reproducibility of the Fitmate metabolic system in measuring breathing gas during a cycling exercise.

The study (in French language), by the University of Nice Sophia-Antipolis, aimed to demonstrate the reproducibility of respiratory variables (VE and VO2) using a desktob metabolic system like Fitmate.

The study conclusions were that "the Fitmate portable metabolic analyzer provides reproducible measures of VO2 and VE during steady-state exercise that allows the assessment of energy expenditure in a simple manner in a clinical framework".

The article can be purchased at the following link: click here