A Test of Validity of a New Open-Circuit Indirect Calorimeter (Quark RMR validation). 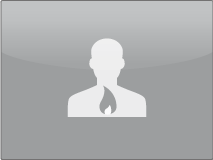 A new validation study on Quark RMR was published by Pennsylvania State University researchers on the Journal of Parenteral and Enteral Nutrition (JPEN).

A prospective, observational, N-of-1 trial was conducted to validate COSMED Quark RMR, a new-generation indirect calorimeter against Deltatrac, the gold standard device that is no longer manufactured.

The study design was chosen to minimize and define the degree of biological variation, thus focusing on variation due to the devices. Measurements of gas exchange using both indirect calorimeters were conducted daily for 10 consecutive days.

The study concludes that "the Quark RMR was demonstrated to be unbiased, precise, reproducible, and accurate compared with an indirect calorimeter that is regarded as a criterion method but is no longer manufactured. The Quark RMR is a valid instrument for measuring gas exchange in spontaneously breathing people".