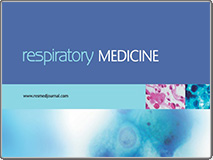 A study published on the Respiratory Medicine Journal investigates the need for additional research on smokers with respiratory symptoms (dyspnoea, cough, or sputum production) and normal spirometry.

The purpose of this study was to evaulate whether symptomatic smokers with borderline spirometry (post-bronchodilator FEV1/FVC ratio between 5th to 20th percentile of predicted values) have pulmonary function abnormalities at rest and ventilatory constraints during exercise.

In presence of respiratory symptoms not fully explained by spirometry, a careful diagnostic approach requires second line tests. Indeed, without a diagnosis it is impossible to prescribe the right therapy, schedule a correct follow-up, and postulate a prognosis. In our study CPET and second line pulmonary function tests revealed an obstructive pattern in symptomatic smokers undetected at spirometry.Whether the natural history of these patients is similar to COPD, and they deserve a similar therapeutic approach is worth investigating. Without a clear demonstration of long-term benefit of bronchodilators in patients with normal spirometry and an obstructive pattern at second-level pulmonary function tests, a strict follow-up appears the current most reasonable approach.

The study can be purchased at the following link: click here