Comparison Of Two Devices For Assessment Of Interrupter Resistance In Preschool Children. 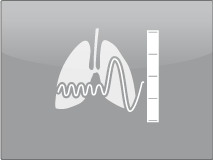 A study was presented during 2012 ATS validating the Rint measurements obtained with Rocc Pony FX option.

The study, by the University of Florence (Italy) together with the University of Herston (QLD, Australia), aimed to establish whether the Rint measurements obtained with the Pony spirometry device are similar to those obtained with Microrint, a device that has been recently discontinued and that has been used in the past years for several studies on airway resistance measurements.

Sixty-two children [median age (range) 4.6 (2.8-8.5) yr] undertook baseline Rint measurements with both devices, in a random order. The mean difference of the measurements with the two devices was clinically small and the limits of agreement were similar to the previously published short-term repeatabilty for MicroRint (0.24 kPa.L-1.s) [1] and to the short-term repeatabilty for Pony (0.26 kPa.L-1.s).

The study conclusions suggest that it is "possible to compare the results obtained with the two devices in preschool children".

The poster details are the following:

The abstract can be seen at the following link: click here