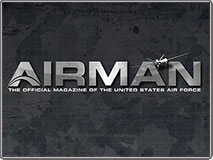 Interesting article and video published in September 2014 from AIRMAN, the Official Magazine of the United States Air Force, featuring BOD POD and K4b2.

Air Force Special Operations Command (AFSOC) officials have teamed up with the University of Pittsburgh’s sports medicine team — a team of exercise physiologists who regularly study some of the world’s best athletes — to open a sports medicine laboratory at Hurlburt Field, Fla., AFSOC’s headquarters.

The article/video features body composition assessment with the BOD POD in the laboratory as part of the overall physical evaluation. In addition, the story investigates tests on operators wearing K4b2 in the field to measure their maximal oxygen uptake during a jungle warfare training exercise. The data collected during the exercise allows researchers to determine the most physically demanding activities performed during an operation.