Oxygen Uptake Measurements and Rate of Perceived Exertion During a Marathon 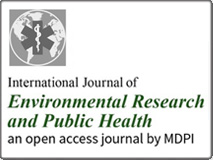 Although the marathon race has been democratized, it remains complex due to the famous “hitting the wall” phenomenon after the 25th km. To characterize this “wall” from a physiological and Rate of Perceived Exertion (RPE) perspective in recreational marathon runners, we report first continuous breath-by-breath gas exchange measurements during an actual marathon race.

In order to test the hypothesis that RPE could be a candidate for controlling the marathon pace, this study examined the relationship between RPE and the physiological variables time course throughout a marathon.

The first take-home message is that a global average analysis on a group of runners, even if they have the same performance level, hides individual differences in response. Thus, training must be personalized as much as possible according to each subject’s adaptation during such a long and intensive run. This may be more important in recreational runners than in elite athletes who have optimised their race by their ability to pace oscillations likely due to their high power reserves allowing them to recover and to achieve a higher average speed rather than to run a race at a strictly constant pace. Indeed, the cardiorespiratory factors measured in this study exhibited a variable fractional use of maximal values.