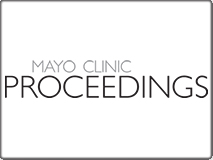 The Mayo Clinic Procedures Journal hosts an article describing the project to create a registry of cardiorespiratory fitness (CRF) reference values. Given the importance of CRF in estimating health risk, it is essential to have accurate reference values to know what constitutes a “normal” value.

In 2014, a multi-institutional initiative, the Fitness Registry and the Importance of Exercise: A National Data Base (FRIEND) was established by the CRF advisory board with the primary charge of establishing normative CRF values in the United States across the adult lifespan.

Eight laboratories in the US experienced in CPX administration with established quality control procedures contributed data from January 1, 2014, through February 1, 2015, from 7783 maximal (respiratory exchange ratio, 1.0) treadmill tests from men and women (aged 20-79 years) without cardiovascular disease (CVD) to the FRIEND Registry.

The primary purpose of the registry was to "develop a US database to enhance the value of CRF across environments, including the clinical setting and the workplace, as well as the general public, to better inform national policy efforts on physical activity, fitness, and health".

The values presented in this first study "should provide for a more accurate interpretation of measured VO2max from treadmill tests for the US population compared with previous standards on the basis of workload-derived estimations of VO2max".

The development of the FRIEND data is ongoing because additional data are being added. Subsequent reports will be released providing more reference values for a variety of measures obtained from CPX with expansion planned to include data from clinical populations and children, as well as data from countries outside the United States.

The study can be freely downloaded at the following link: click here